Can You Explain The Gospel?

Followers of Jesus consider the Gospel to be the foundation for their faith.  It marks a turning point in their life.  Each of them can think back to a time when the Gospel all of a sudden “made sense” and they made a decision to put their faith in Christ.  But if you ask many of those same Christ Followers what the Gospel is, you will get back a wide variety of answers.

Over the years I’ve sat with over a thousand college students on many different college campuses all across the country.  It was in the context of a job interview for a summer camp position.  As part of the interview, I would eventually ask them this question:

What does it mean to become a Christian?”

Some of them could nail it.  Their answers were clear, concise, and biblically sound.  The other 90% weren’t so fortunate.  Although they meant well, there answers were all over the board, and were often mixed with different worldly – or simply American – ideals.

How would you do in the same situation?  What would your answer be?  In other words, if a friend was to ask you what the Gospel is, what section of Scripture would you use to help explain your answer?

For those of you with young kids, it gets even tougher.  My 5 and 6 year olds ask me spiritual questions fairly regularly.  I want that.  However, I find that it is even harder to answer questions like this for a mind that only thinks in the concrete right now. 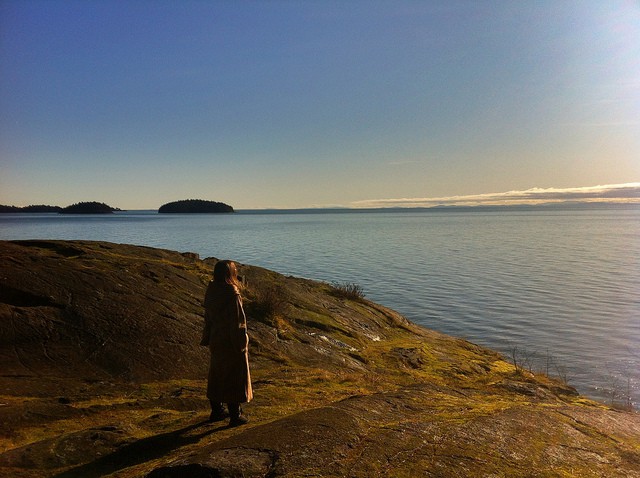 There are three sections of Scripture I like to refer to that illustrate the Gospel quite clearly.  One is in the form of a story.  One clearly lays out the brutal facts.  And the last is someone explaining the Gospel in a letter.

The true light, which gives light to everyone, was coming into the world. He was in the world, and the world was made through him, yet the world did not know him. He came to his own, and his own people did not receive him. But to all who did receive him, who believed in his name, he gave the right to become children of God, who were born, not of blood nor of the will of the flesh nor of the will of man, but of God.

And the Word became flesh and dwelt among us, and we have seen his glory, glory as of the only Son from the Father, full of grace and truth. (John bore witness about him, and cried out, “This was he of whom I said, ‘He who comes after me ranks before me, because he was before me.’”) For from his fullness we have all received, grace upon grace. For the law was given through Moses; grace and truth came through Jesus Christ. No one has ever seen God; the only God, who is at the Father’s side, he has made him known.”

“And you were dead in the trespasses and sins in which you once walked, following the course of this world, following the prince of the power of the air, the spirit that is now at work in the sons of disobedience—among whom we all once lived in the passions of our flesh, carrying out the desires of the body and the mind, and were by nature children of wrath, like the rest of mankind. But God, being rich in mercy, because of the great love with which he loved us, even when we were dead in our trespasses, made us alive together with Christ—by grace you have been saved—and raised us up with him and seated us with him in the heavenly places in Christ Jesus, so that in the coming ages he might show the immeasurable riches of his grace in kindness toward us in Christ Jesus. For by grace you have been saved through faith. And this is not your own doing; it is the gift of God, not a result of works, so that no one may boast. For we are his workmanship, created in Christ Jesus for good works, which God prepared beforehand, that we should walk in them.”

For I delivered to you as of first importance what I also received: that Christ died for our sins in accordance with the Scriptures, that he was buried, that he was raised on the third day in accordance with the Scriptures, and that he appeared to Cephas, then to the twelve. Then he appeared to more than five hundred brothers at one time, most of whom are still alive, though some have fallen asleep. Then he appeared to James, then to all the apostles. Last of all, as to one untimely born, he appeared also to me. For I am the least of the apostles, unworthy to be called an apostle, because I persecuted the church of God. But by the grace of God I am what I am, and his grace toward me was not in vain. On the contrary, I worked harder than any of them, though it was not I, but the grace of God that is with me. Whether then it was I or they, so we preach and so you believed.”

What Scripture would you use, in your effort to explain the Gospel?

Don’t miss any posts here at Following To Lead.  Subscribe today, or go to the right-hand side of this page, enter your email, and click subscribe there.