Fostering: The Story Of Rescue 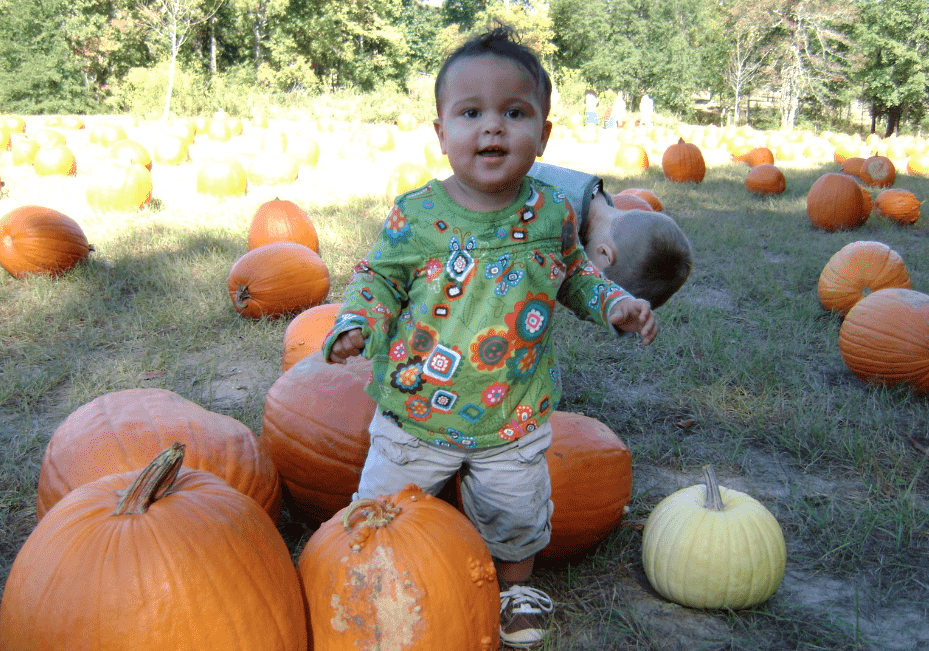 Iremember when we first got her.  She smelled like smoke.  She was tired, dirty, and maybe even in a somewhat altered state of mind because of her environment from which she came.  It was just after midnight, and our first foster daughter had arrived.

The issue I had with fostering for so long was the idea of letting our hearts bond with a little child, and then sending them on their way.  I was sure we’d be hurt in the process.  I could see my wife going into some kind of funk that would last for days.  Or worse yet, our kids would be damaged beyond repair.  That was a little over a year ago now.

It was an adjustment when we first got her.  If I told you I never got annoyed at another child screaming in our house, I’d be lying.  I wrote this post as an outlet back then to vent that the “music fades” at times.  Going from 3 kids to 4 was a bit of an adjustment.  But we did it, and lived to tell the story.

We received that little girl into our home, and loved her for seven months.  She taught us many lessons about sacrifice, about service, and about the heart of God.  It was good for Steph and I; even better for our kids.

[If you’d like to see a list of all the posts I wrote on fostering because of this experience, click here.  Looking back, I address quite a few different questions I would get about it.]

As a standard CPS rule, we weren’t allowed to post pictures of her online.  We wanted to, though.  It was like having another child, but not being able to share the excitement with everyone.  Back then, she was in the custody of the state.  But today is a new day, and the rules have changed.

Today was the day that God changed her name, quite literally.

Last February, we delivered that little girl to her hopeful adoptive parents.  The court had ruled that she was to be placed with her two half-brothers.  Since her brothers were older than our kids, we knew God had a different family in mind.  A godly family near us with one child stepped up to the plate, and made their family of 3 suddenly a family of 6.  That family was able to adopt her today, and we were there to witness it.

This was last October.  We had in our home for two months at that point.  Below is a picture of the day we said goodbye.  I wrote about it in this post.  That was a hard day. 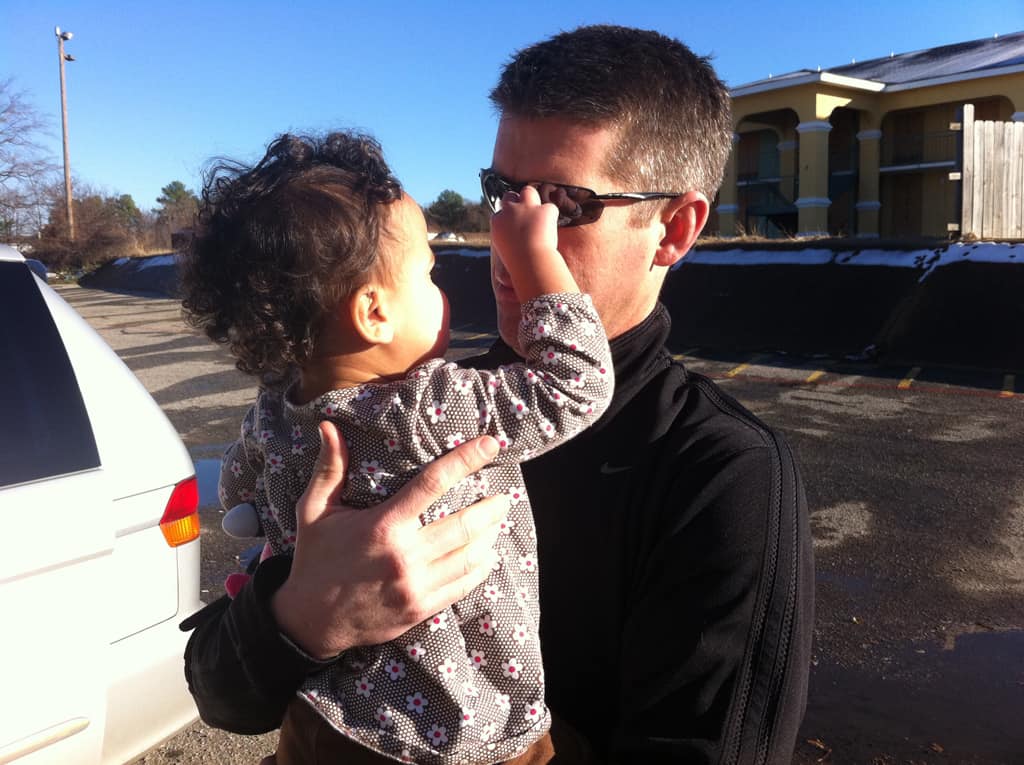 Today we were invited to be witnesses of the adoption of this little girl into her new family.  It is the same family we delivered her to back in February.  We had to go, and we had to bring all our kids, so they could finish their part of the story with her.

At the courthouse it was surreal to see her.  She had a new little dress on.  Her hair was all fancy looking.  But she was the same little girl, and we still had a special love for her. 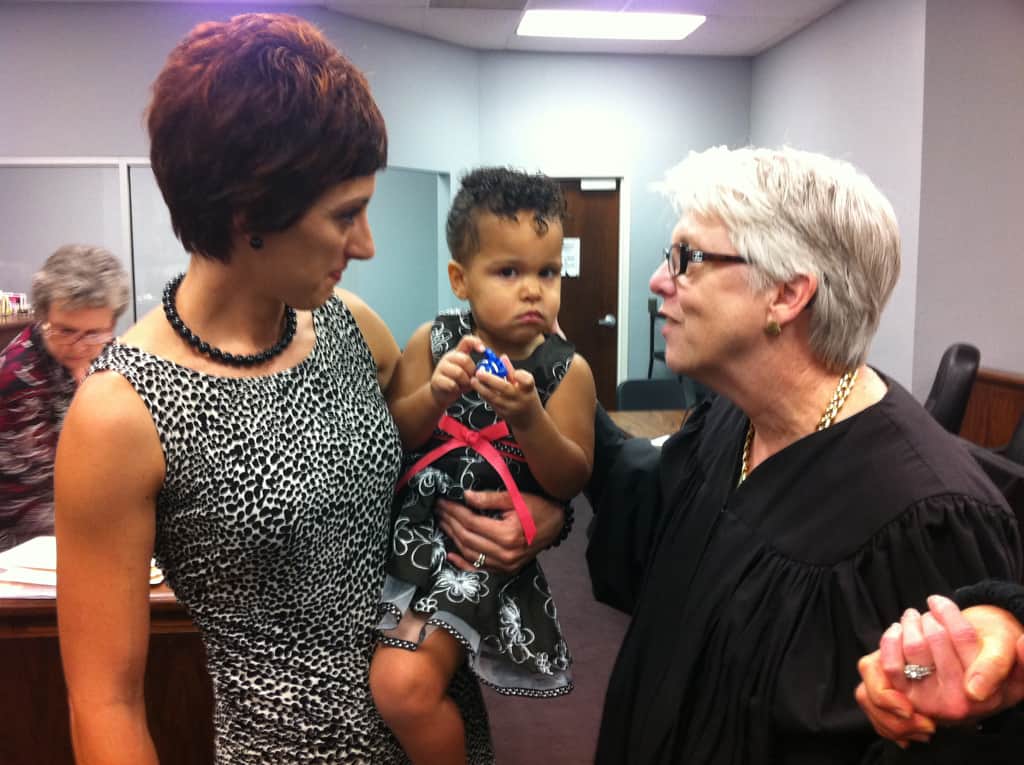 So just over a year after we met her, I watched as the Judge officially changed her name, and pronounced her the daughter of her new parents.

God had done it, and he allowed us to join Him in the process.  He rescued her from a dangerous background, and delivered her to a new hope.

Rescue the weak and the needy; deliver them from the hand of the wicked.  Psalm 82:4

I’m thankful my wife talked me into this last year.  Through it, I have come to understand a little more clearly the love, tenderness, and compassion of our God.  He is good, and His love endures forever.

Have you considered fostering? Do you have any questions I could help you work through?