From Shame To Hope, And Buying A Van With Cash 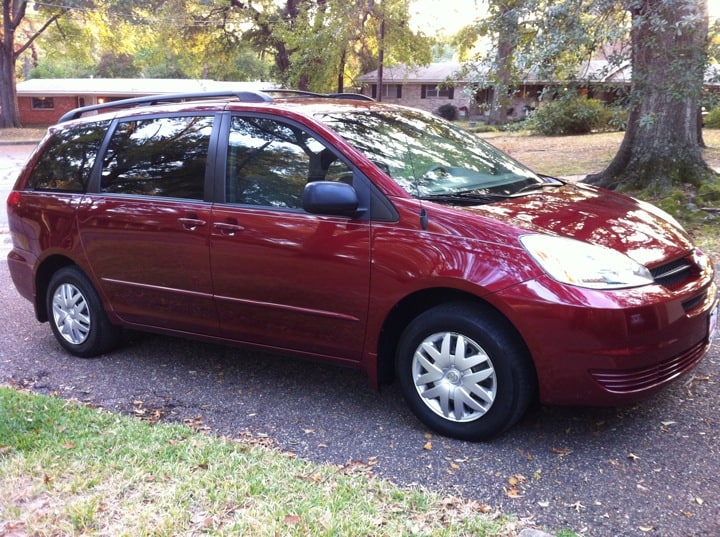 In 2004, my assistant walked into my office in tears.  Drowning in debt, she was struggling hard to keep her head “above water.”   She was upside down on a car, owed thousands in student loans, and had credit cards piled up as well.  That day in my office, it took me quite some time to find out exactly how bad her problem was.  She had convinced herself that no guy would ever want to marry her because of the financial situation.  Shame, despair and hopelessness could accurately describe her countenance.

Through tears, she finally laid it on the line.  She had roughly $43,ooo in debt.  I couldn’t believe the weight she was carrying with this.  To her, the future looked bleak; after all, she was doomed to a life of singleness (Not the good kind.  The kind where you think nobody wants you.), would never be able to stand up tall around people who “had it together,” and certainly would not be able to do fun things like buying a home or feeling peace.

That day, I believed there were three things she really needed:

1. A plan. I’m not talking about an in-depth plan, but just something written out on paper that could act as a map of sorts to show her what she should do.  This plan could take most of the thinking out of the financial stuff for her.  She could come up with it and then – just like a recipe for cooking – follow it step by step.  We worked on this together, but she really set her goals in front of her, one little step at a time.

2. Some inspiration. She got the book that most of us have heard of, The Total Money Makeover, by Dave Ramsey.  Yes, it had a lot of practical financial wisdom that she could glean but even just as important, had story after story of people who had gone before her and killed their debt as well.  If you haven’t read it, I highly recommend it.

3. A quick “touchdown.” She needed a quick “win,” to show her she could do this.  Sure enough, within weeks of our meeting – because of how great an assistant she was – she earned a bonus.  I knew right away what she would do with it; the first step in her plan.  Sure enough, she did.  But it didn’t stop there.  She was just getting started.

That day was 6 years ago.  Within a year or two of our meeting, she married a great guy (UT fan, but still a great guy).  When she and Chris teamed up, they quickly became unstoppable.  They put every little penny they had toward this debt and began punching it straight in the face.  Then they started selling junk valuable possessions of theirs.  Garage sale after garage sale, their most infamous sell was one of those Tony Little gazelle machines.  Chris went round and round with a lady to get a whopping $100 for it.  Again, it didn’t stop there.

They realized their junk valuable possessions were becoming scarce.  At the same time, their momentum was getting stronger and stronger, and they didn’t want it to slow down.  Their solution: sell other people’s junk valuable possessions.  I remember them working out agreements with people to host garage sales for them, and in return, they would keep a portion of the revenue.  Brilliant.

Since that day 6 years ago, I have watched her fall in love with a great guy (hi Chris), get married, have two beautiful little babies (hi Cooper and Emory), pay off every last penny of their $43,000 of debt, buy a house, all while working through the every day financial speed bumps along the way.

This week I knew I wanted to write a quick blog post about this when she and her husband pulled up in front of our house in their “new” $14,000 van they bought this past weekend WITH CASH.  Wow, what a different place she is in only 6 years later!   Not only is she out of debt and paying for vehicles with cash, she has a great marriage because of the team she and her husband became through the whole process.

If you are in a similar place where she was years ago, I’d encourage you to come up with a plan, be inspired, get a quick touchdown, and then start smacking your debt in the face.  You’ll be glad once you do.

Now Amy, you have to comment on this post.  What else would you tell anyone that is currently in that position you were in?

Has anyone else gone through this as well?  If so, what helped you?  If not, what is holding you back?