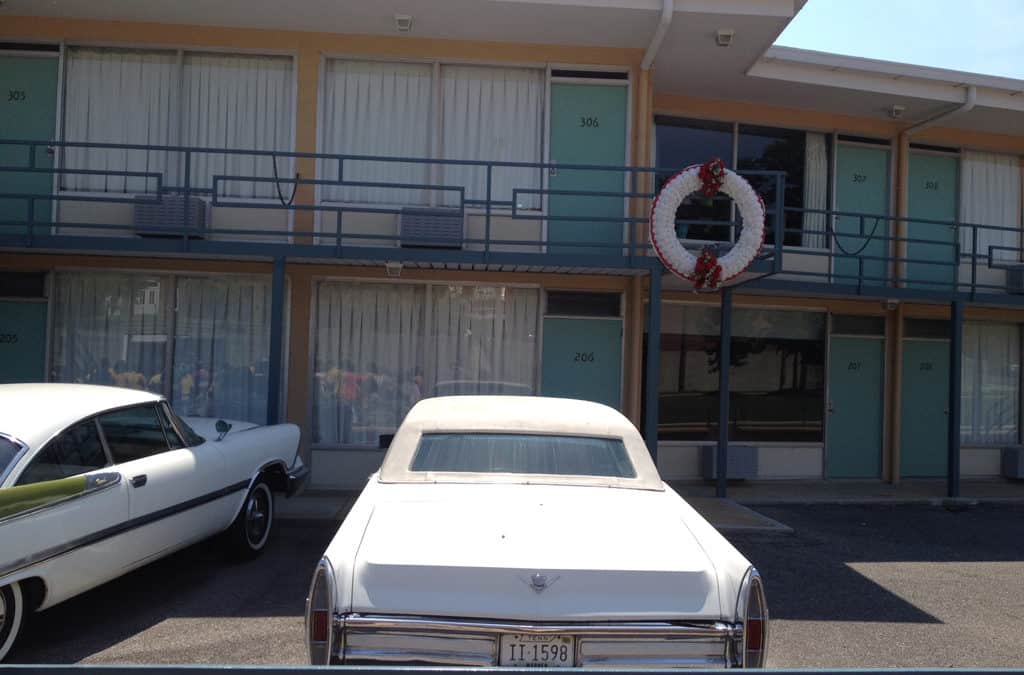 I used to consider myself a strong leader.  At least, that’s the compliment some others had given me.  After last week, though, that perception of myself has changed; and so has my goal of being an effective leader.

I was sitting with a new friend of mine; an African American pastor in Memphis, TN.  This guy is sharp and witty – one of those that truly gets the party started when he walks in the room.  We were talking about life and leadership over breakfast, and he made an off-hand comment  that caught my attention:

Leadership isn’t about hitting cut and paste with subject matter covered in the myriad of leadership books out today. It is about fresh, original ideas and doing what is right.

Soon after our conversation I stood silent, trying to take in all the plaques, informational videos and pictures that lined the walls of the National Civil Rights Museum.  This museum is at the Lorraine Motel in Memphis, the place where Dr. Martin Luther King Jr. was assassinated. (The wreath in the picture below marks the spot he was standing when assassinated) 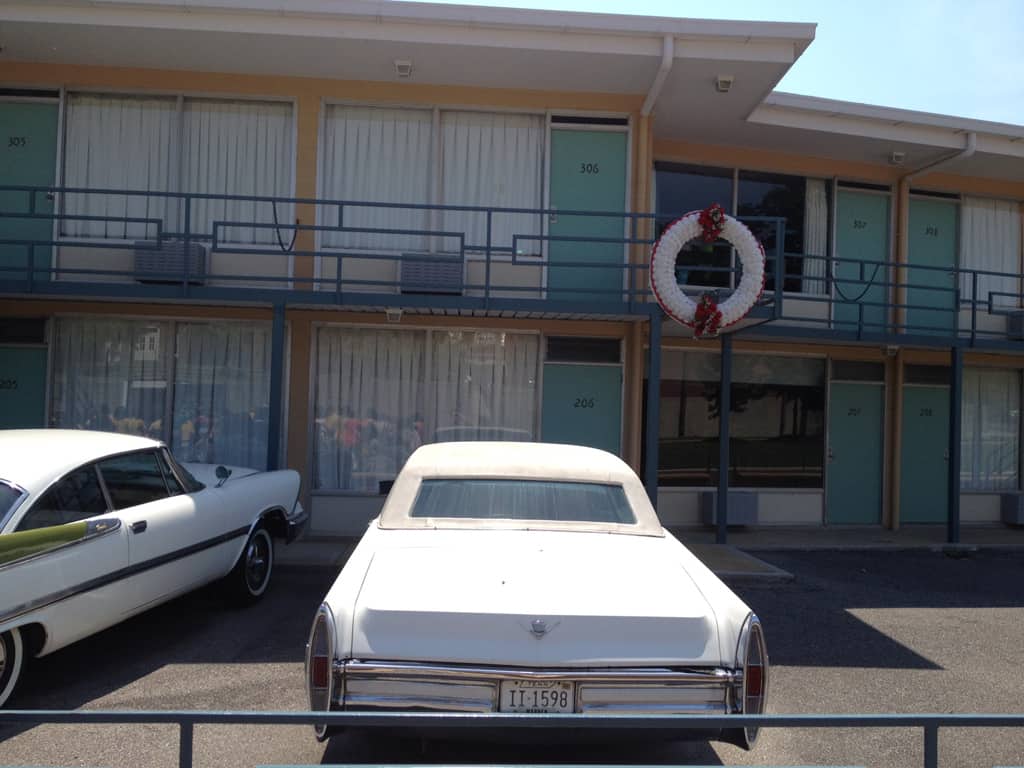 Here was a guy who saw injustice and did something about it.  He didn’t go the route of aggression or anger as others around were doing.  He marched, he preached, and he became an example for many to follow.

In the museum, I noticed others who were also examples to follow.  There were white people who believed segregation was wrong as well.  They stood up to denounce it.  Their bloodied faces in the pictures on the walls now display the response of other white people who didn’t quite agree with them.

What Would Jesus Do?

Jesus was fiercely opposed to the religious leaders of his day.  Contrary to what the Jews wanted, he didn’t lead a massive revolt.  Instead, he – led by his Father – showed compassion on the downcast, healed the sick, and gave Life to many.

So Jesus said to them, ‘Truly, truly, I say to you, the Son can do nothing of his own accord, but only what he sees the Father doing.  For whatever the Father does, that the Son does likewise.”     John 5:19

Jesus wasn’t focused on being the most charismatic, polished, or effective leader.  He was focused on his Father, and lived seeking to respond to His leading.

Leadership has become an idol in our culture.  Don’t get me wrong; leadership is needed.  Just last week I read this article highlighting the difference between leaders and followers.  The author begins his post with this: “Leaders are initiators.  Followers are responders.”  I understand his point, and agree with most of his post, but I would change the conclusion.

All Christ-Followers have a Leader out in front.  Hence the name – follower.  We aren’t out there doing our own thing, flexing our leadership muscles, and letting our Type A personalities run wild.  By the very nature of who we are, we have humbly accepted the title of follower.

My new goal: To be a first responder.

I want to walk with Jesus in a deep, intimate relationship.  As he opens my eyes to his truth, I want to be faithful to respond to his prompting, no matter the consequence.

What if we saw injustice around us and actually did something about it?  What if we took time to talk with a reclusive neighbor who holds everyone at a distance?  What if we noticed all the children in our cities with no safe place to call home, or found out that sex-trafficking is alive and well in this country?  Would we do anything about it?

There have been many that have lived before us that did.  I want to be like them.

We don’t need to go out there focusing our attention and admiration on “cutting and pasting” from what other great people, organizations, ministries, or churches are doing.  We do need to get used to sitting and listening, to digging into God’s word, and to praying for eyes that see the needs around us that He is prompting us to meet.

What do you think?  Are you leading, following, or responding?

Don’t miss any posts here at Following To Lead.  Subscribe today, or go to the right-hand side of this page, enter your email, and click subscribe there.