My Prayer Has Changed For My Kids: Maybe Yours Will Too 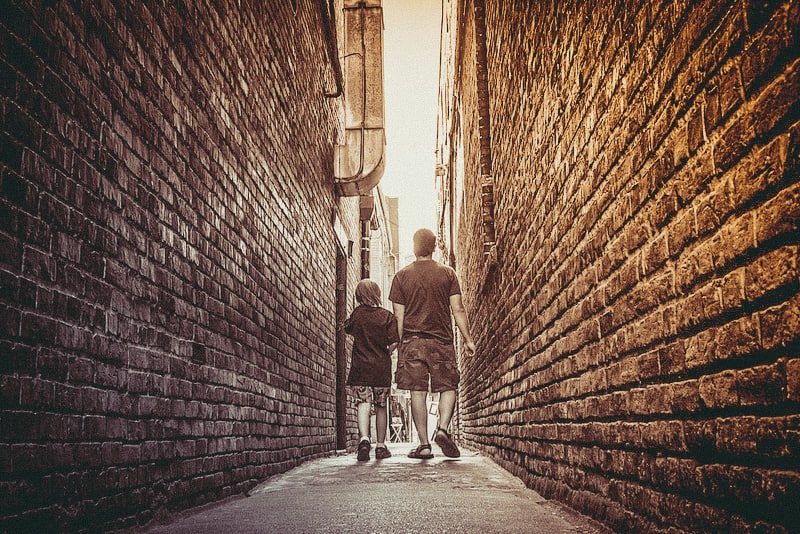 Maybe like some of you, we named them with intentionality.

Our oldest was named after a former president. Our prayer was that he would grow up to be a godly leader, and make principle-based decisions during times of difficulty.

To our second son, we gave the middle name, “Camden.” It was the name of a borough in London, and a city in New Jersey. They both represented hardened places desperately in need of the transforming grace of God. Our prayer was that this son would be used by God, even in those dark places all throughout the world.

And then fear set in, and my prayer changed.

No longer did my heart ache for those struggling. I didn’t think much about those who didn’t know Jesus, or who were living under the oppression of godless people.

Nope. When it came to praying for my kids, safety was number one.

Each morning I bring our five kids to school. As our routine goes, when I get about a block away from their school, I turn off the radio and pray. A few weeks ago I noticed a theme.

My prayer for them always ends in something like, “…and I pray that you would keep them safe and protect them today.” Being in public school, my prayer probably originated with a school shooting in the back of my mind. It makes sense if you think about it – I want God to protect my kids. I did yesterday, and I still do today.

But now my prayer has changed.

Last week I prayed, “… and God, I ask that today you would make them dangerous.”

When I finished, I remember my oldest asked what that was all about. “Dangerous?” he said. “Why did you just pray that we would be dangerous?” A great question spurred out of curiosity, and one that deserved a well-thought-through answer.

The Scripture is full of stories of people that lived dangerous, faith-filled lives. Consider this excerpt from Hebrews:

And what more shall I say? For time would fail me to tell of Gideon, Barak, Samson, Jephthah, of David and Samuel and the prophets – who through faith conquered kingdoms, enforced justice, obtained promises, stopped the mouths of lions, quenched the power of fire, escaped the edge of the sword, were made strong out of weakness, became mighty in war, put foreign armies to fight. Women received back their dead by resurrection.”  Hebrews: 11:32-35a

What phenomenal stories these people did by faith. But the story doesn’t end there…

Some were tortured, refusing to accept release, so that they might rise to a better life. Others suffered mocking and flogging, and even chains and imprisonment. They were stoned, they were sawn in two, they were killed with the sword. They went about in skins of sheep and goats, destitute, afflicted, mistreated – of whom the world was not worthy….”  Hebrews 11:35a-38a (emphasis mine)

And now I need to confess for wanting my kids to live safe lives of comfort instead of dangerous lives that lead others to the One who can comfort them no matter their circumstance.

So does your prayer for your kids need to change as well?