Manage Your Money. Let the Gov’t Teach You How

Conflict over money is one of the top reasons for divorce.  I can understand why.  After all, we’ve all been watching a huge conflict unfold before us thanks to the United States government.

When Steph and I first got married, we both brought our ideas and philosophies under the same roof.  This ranged from when and who should empty the trash can, all the way to how much money we should save or spend.  As you can imagine, we realized quickly how different our ideas were on many different issues. 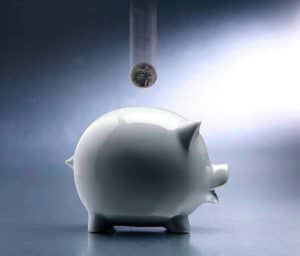 For months now, the TV networks have been broadcasting the inner-workings of our government trying to pass a bill that addresses our debt limits, as well as policies regarding spending.  We should all take note.  There is much to learn from them.  I believe our marriages could hang in the balance.

Here are just a few of many lessons we could learn:

1. A house divided will fall. – Before these debates began, both political parties attempted to gain the support of the American people.  The posturing was quite impressive.  One press conference after another, they both wanted to point out the flaws in the other.  Unfortunately, though, it did little to solve the issues at hand.

Have you and your spouse worked together to form your philosophy of managing your money?  Living in disagreement should not be an option.  The longer you fail to address where your money is going, the wider the rift between you becomes.

Lesson learned: Work together to create your philosophy.  You are on the same team.

2. The borrower is slave to the lender. – Debt is not sinful.  However, it can be an extremely heavy weight that influences all your decisions.  Think about it.  Our government has done very little outside of these talks for months now.  14 trillion dollars of weight will do that to conversations.

Years ago, Steph and I got tired of wondering how we would pay all the bills each month.  So we clamped down and killed all our debt.  Hopefully, within a few more years, even our mortgage will be dead.

Lesson learned: Keep your debt under control, or it will keep you in its control.

3. Someone has to lead. – Nobody on TV wants to address the big money savers for our nation.  They know if they do it could be political suicide.  The problem is, for issues to get solved, someone has to step up and lead the troops through battle.

Fighting over money can be expected.  But at some point, someone has to be the tiebreaker.  Men, God has given us that responsibility in our marriages.  We should lead gently, but lead nonetheless.

4. Each person has a role to play. – As we all remember from elementary school history lessons.  For a bill to become a law, it begins in the House of Representatives, then it goes to the Senate, and then ultimately will be signed by the President.

Some men love taking care of all the bills for the family.  In other marriages, the women are the ones who enjoy it.  It doesn’t matter how, but establishing the roles early in marriage will help once tensions arise when money gets tight.

Lesson learned: Find your role, and fill it.

These are merely a few of many lessons.  What else would you say we should learn from this entire process that applies to our marriages.