Teach Your Kids How To Be Rich: Simple Ideas For Building Generous Hearts 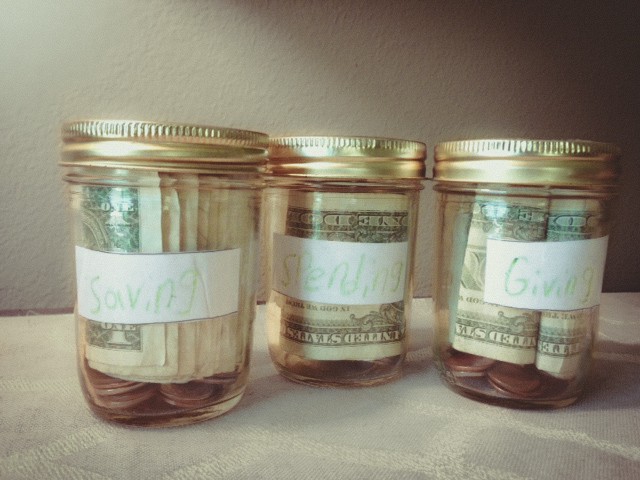 Let’s face it – money is a taboo topic in families. As parents, we’re not quite sure how to address it with our kids, so many of us simply choose not to. We do this because we either don’t feel qualified, we don’t think it’s important, or because we don’t know what to say on the topic. I think this will help.For starters, do yourself a favor and go to the website, Global Rich List. Take 10 seconds and enter your annual income in the box provided. You’ll be surprised at where you sit on a global level. Through this simple exercise, you’ll realize you’re rich.

You probably don’t feel very rich, but when you recognize you rank in the top few percent of everyone on this planet right now, it is hard to think otherwise.

My oldest son asked me recently how much money we had. Instead of giving him a specific number, I gave him a picture. I told him to imagine the entire earth’s population of roughly 6 billion people – represented by only 1,000 people. If #1 was the richest person on the planet, and #1,000 was the poorest, I asked him where he thought we would rank in terms of how much money we had. He guessed 700.

So when I told him we would be in the top 20 out of 1,000, his jaw hit the floor. “So we have millions of dollars?” he said. I told him we didn’t, but that we were rich. And because we were rich, we had a big responsibility.

In the Bible, the apostle Paul instructs a young pastor named Timothy this way:

As for the rich in this present age, charge them not to be haughty, nor to set their hopes on the uncertainty of riches, but on God, who richly provides us with everything to enjoy. They are to do good, to be rich in good works, to be generous and ready to share…”      I Timothy 6:17-18 (emphasis mine)

So when it comes to teaching your kids about money, here are a few thoughts….

1. Teach them about how blessed you are financially. Sure, you could spend your entire life groaning for the things you don’t have, or wishing to be living like the people in the better neighborhoods in your city. But that will train your kids for a lifetime of coveting. Instead, recognize how much you have been given, and teach your kids about the enormous responsibility you have to steward those resources well.

2. Pay your kids for work done, not for sharing your same last name. We like to give our kids payments for work done around our house, not an allowance that’s given just because a certain amount of time has passed. So beginning around the age of 6, we give our kids jobs to do. If they do their jobs each week, then they have earned their paycheck. We set the amount of their payment as half of their age. So, our 6 year old can make $3 per week if he does the jobs that have been assigned to him.

3. Celebrate generosity, not just savings. I highly recommend the book, Three Cups. It is a children’s book that takes about 15 minutes to read with your kids. The idea in the book is to have 3 cups: a saving cup, a spending cup, and a giving cup. As you make money, you separate out that money into the three different cups, and then eventually use it in that way. The idea is simple, but it takes it beyond where most well-meaning parents stop – at teaching their kids to save. 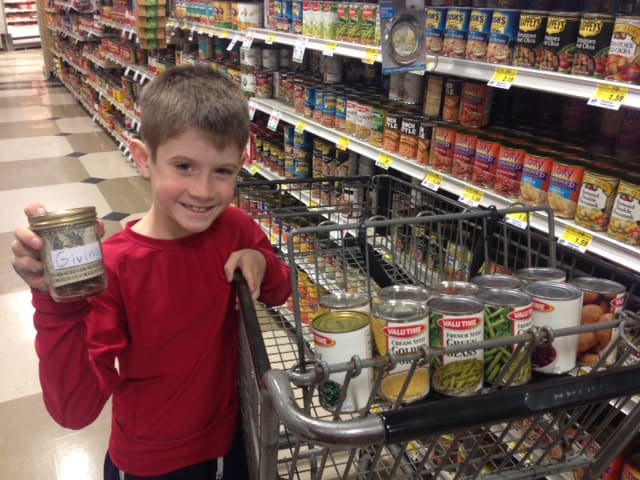 (Here is my oldest son, using his “giving” money to buy can goods for a food drive at school. He was so excited about how many cans he could buy, especially after he realized some brands cost less than others.)

Let’s raise kids whose hearts aren’t entangled with the cares of this world, but who have been taught to be generous and ready to share. It will be exciting to see what God does through them as they grow up.