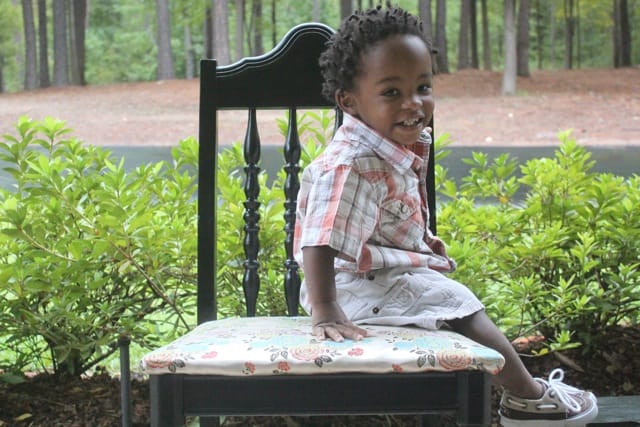 We had just said goodbye to our first foster daughter that we had for eight months on a Saturday.  Two days later we welcomed our new foster son, Devan.  The day he arrived, we knew he would be with us for good.

The phone call about him was different for us.  He had been born 9 weeks premature at only 3 pounds, 7 ounces.  The first 6 weeks of his life were spent at the hospital.  Not only that, but we were told his mom had tested positive for HIV, and that we wouldn’t know until he was 18 months old if he had contracted it through delivery or not.

HIV.  The three letters hit me hard.  We already had 3 children, and I questioned if welcoming this baby in our home could somehow endanger our little ones.  I called a good friend who is an ER doctor, and after a lengthy conversation, felt ok about receiving him. 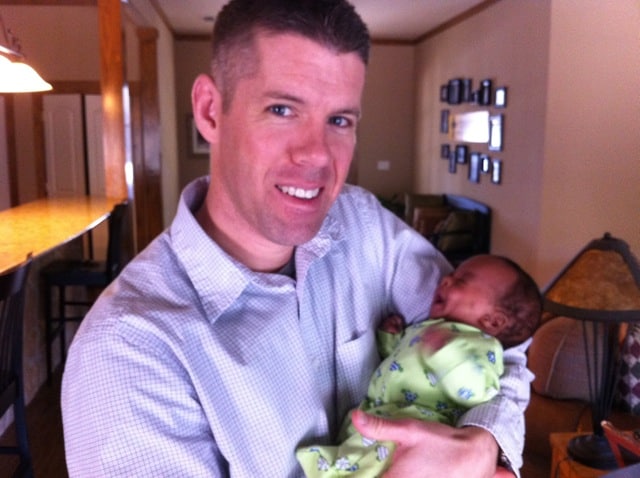 (This is the day he got to our home.  At this point he weighed about 6 pounds.  He was a tiny little thing.)

The first 6 months with him were hard.  Surgery, sleepless nights, and the fact he loved to cry made us, well, uncomfortable at times.  Through that time his placement with us was “voluntary,” meaning that his parents had voluntarily given him to a foster agency to find temporary placement for him.  It was their intention, so we thought, to come back to get him at some point.

At the 10 month mark, the state stepped in a took custody of him, and that began the year-long process of adopting him.  And yesterday, that’s exactly what we did.  No longer will his name be Devan.  Now he has a new family.  He has a new name.  And from now and for generations to come, there will now be African American “East’s.”  That reality still blows my mind.

(The best picture of our family with the judge at his adoption.  Yeah, it’s tough to keep 5 kids focused.)

Our new son is a heartbreaker.  He’s got a huge personality, loves to dance, and gets all into football.  Not to mention, he’s got good hair – so my wife says.

Let me introduce you to our new son: Levi Kevin East

Steph and I have given names to each of our kids for a reason.  We decided on the name, “Levi” based on these verses in the book of Malachi.  Referring to Levi, the Scripture says:

My covenant with him was one of life and peace, and I gave them to him.  It was a covenant of fear, and he feared me.  He stood in awe of my name.  True instruction was in his mouth, and no wrong was found on his lips.  He walked with me in peace and uprightness, and he turned many from iniquity.”  Malachi 2: 5,6

As well, I’ve wanted to give him my personal name, Kevin.  It was my way of doubly reminding him that he belongs, and that he can find a secure love in me. 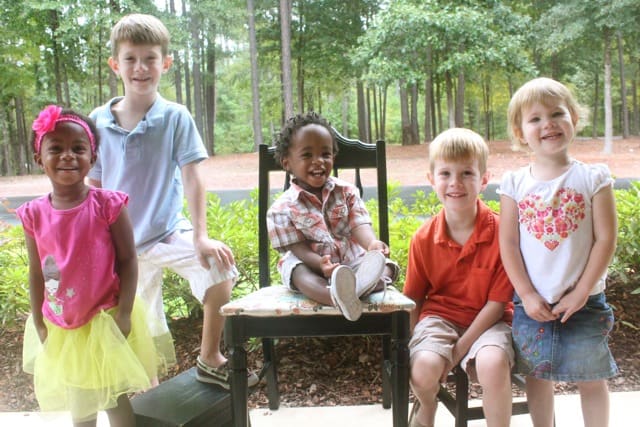 So for those of you that are counting, that makes 5 kids under the age of 7.  A full boat, or is it??

Thank you all for praying over the last 6 months.  This process has taken much longer than we expected, but God has provided abundantly through it all.

Don’t miss any posts here at Following To Lead. Subscribe today, or go to the right-hand side of this page, enter your email, and click subscribe there.