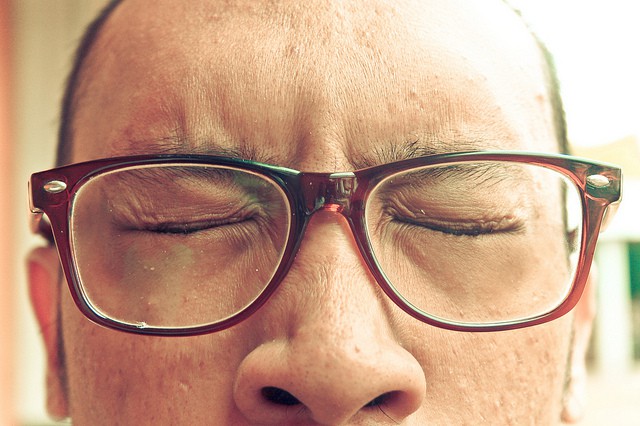 His comment about me was flattering.  Once he said it, I sat back and let my mind wander as to what it would be like if it were the case.  The problem was, it simply wasn’t true, and unfortunately I was going to have to tell him.

I was meeting with a young leader, husband, and father of a couple of great kids.  He had asked if we could sit down a few times before I move to talk about life.  I jumped at the opportunity.

So it was over a couple of soft drinks – Big Red, to be exact – that his question came out.  He said this:  “Kevin, I’ve watched you over the years in multiple leadership positions, and it seems you always have a good idea of what to do in stressful or emergency situations.  How did you learn that?”

Yeah, I know.  It was flattering.

All of us have situations that make us scratch our heads.  It might be as a husband when we just said the absolute wrong thing to our wife, as a dad when our children say or do the weirdest things, or even in the marketplace when people are expecting us to lead through the confusion.

What do you do when you find yourself smack dab in the middle of one of those situations?  All the books you’ve read, the sermons you’ve heard preached, the seminars you’ve attended, none of them provide crystal clarity in the moment.

Of course, prayer is a given.  When I’m in over my head, I recognize I need the Spirit’s wisdom in and through me.  Whether it be in difficult phone conversations with mad people, or simply encounters with the unexpected, I bow my head in humility asking for God to provide.

But all too often, the path forward is still unclear.

I admitted to this young dad that I didn’t have all the answers and that there were plenty of times that I felt in over my head.  Life isn’t as easy as following steps 1,2, and 3 to get the preferred outcome.  There is something that I think is valuable to remember, though, in that time of uncertainty.  It is what I would recommend to do when you don’t know what to do.

It’s easy to sit back and be an “armchair quarterback” for presidents, football coaches, and school teachers.  At least in our minds if we were “in the game,” we’d make such better decisions.  But leading people is tough.  There is no science to it.

Years ago I was waffling on a decision to release a staff person from their current position.  They had made a mistake that could have had huge repercussions.  In spite of multiple warnings, they still chose to act improperly.

I remember sitting with 3 or 4 others as we confronted this young man.  As the conversation went on, the case against him didn’t seem so cut and dry.  One misunderstanding led to another.  With each answer he gave, I felt more and more unsure of what to do.  Instead of making a rash decision just so I could appear to be a solid leader who can lead through those scenarios, I simply asked more questions.

Sure enough, after an additional 5 or 6 questions asking from different angles, we were able to uncover something that made us all confident of the direction we should take.

My goal as a dad is not to always address the outward problems.  It is to deal with the hearts of my children.  That is what I care most about.  If – in an effort to appear in control or dominant or the “king of the castle” – I make hasty decisions, I’ve missed a huge opportunity.

Why did your child do what they did?  What was their motivation?  Did they know it was wrong before they did it?  Did they think it through?  Are they repentant?  Do you think their sorrow is Godly sorrow or worldly sorrow?

Take the time to let the situation unfold in front of you.  By doing so, you show your kids that compliance to rules is not your goal; healthy, connected hearts is.

What other advise would you give someone about leading people or your family through uncertainty?